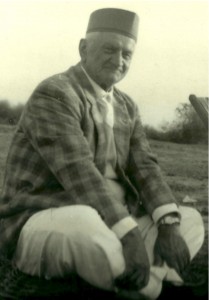 Selections from Health Building by Dr. Randolph Stone, with comments by Robert Stevens.

Dr. Stone: “The location of this energy is in the core of the brain and the spinal cord, where it exists as a highly vibrating intense etheric essence, of a neuter polarity as a molecular energy, which is the key to the entire structure and function of the body.”

Dr. Stone: “The cerebrospinal fluid is the liquid medium for this life energy radiation, expansion and contraction. Where this is present, there is life and healing with normal function. Where this primary and essential life force is not acting in the body, there is obstruction, spasm, or stagnation and pain, like gears which clash instead of meshing in their operation.”

Comment: The frequency of the core current is too fast to directly influence the physical body. In order to influence the physical body there must be a physical substance that carries and circulates the frequencies of sound, light and consciousness. That physical substance is cerebrospinal fluid. Where this fluid circulates freely there is life and healing with normal function. Wherever this fluid is not circulating freely there will be obstruction, spasm, stagnation and pain. All parts of the whole must have a balanced relationship with the circulating cerebrospinal fluid. Any part that is out of synch with this fluid (and the current that moves the fluid) will act like a gear that is clashing instead of meshing in their operation. This clashing will result in inflammation which will produce stagnation, obstruction and pain. Reestablishing the relationship between the part or parts that are out of synch will result in normal balanced function and the inflammation and pain cycle will be broken. This is known as reestablishing a relationship with neutral balance. The current that moves the cerebrospinal fluid operates in two phases. A centrifugal phase and a centripetal phase. The centrifugal phase is expanding (positive). The centripetal phase is contracting (negative). Both phases are an expression of the neutral current to create the triune polarity of all life forms. The triune polarity is neutral, positive and negative.

Dr. Stone: “Life is a river of energy which must flow to keep clear and sweet in its function thru all the organisms of life’s expressions. Only when life’s currents are obstructed and become stagnant, then fermentation of wastes and tissues causes decay and germs. Their origin is in decomposition.”

Comment: Balance or health depends on the free flow of energy. The energy of life must flow freely throughout all the parts of the human organism. These parts include the mental/emotional body, the etheric body and the physical body. When these parts are stagnant they are out of tune with the life force currents. The longer the stagnation continues more parts of the whole are effected. The process of stagnation begins in the mental/emotional body and continues throughout the etheric body and the physical body unless resolved. Dr. Stone is making reference to what takes place in the physical terrain due to stagnation of the life currents throughout the whole organism. When the stagnation reaches the physical body the consciousness of life must find a way to eliminate the cause of the stagnation. The process the life consciousness chooses is one of digestion through micro organisms. As the stagnant material begins to ferment the microzyma feeding on the stagnant material grow into germs. The germs then continue to consume and digest the stagnant material. When the material is completely consumed the waste products will then be eliminated through the acute healing mechanism. This germ digestion process will eliminate the stagnation allowing the life currents to flow freely.The germs are not causative of any pathological condition. Their origin is in decomposition.

Dr. Stone: “So the primary effort of the healing art should be to get life to flow thru stagnant and obstructed areas and tissues of the body which cause pain. This is the natural way, from inside out and from the top down, as the centrifugal force operates. A cure constitutes reaching the life current within and reestablishing a free flow of its energy currents. Any thing short of this is but a relief measure.”

Comment: Symptoms are caused by life current obstruction. A cure is established when the life currents flow freely. The cure will generally flow from the superior to the inferior and from the internal to the external. This expression is known as the acute healing mechanism. The process depends on resonance between medicine and the life currents. There are many types of medicine. Any effective system of medicine must be able to communicate directly with the life currents to effect a cure. Anything short of this is palliative.

Dr. Stone: “What a patient fears, believes or thinks affects his health and can create energy blocks in the emotional field as well as in the mind pattern energy which governs the electromagnetic fields in their essence energy and sets the patterns for the positive and negative current flow.”

Comment: Energy blocks of the life currents begins within the mental/emotional body. This in turn will effect the etheric body which in turn will effect the physical body. The superior rules the inferior. As above, so below. The faster moving energy rules the slower moving energy. Thought moves faster then feeling, feeling moves faster then prana, prana moves faster then the electromagnetic spectrum. The life currents are moving faster then thought but when unable to move freely produce resistance which result in symptoms. This pattern deeper resistance will effect the free flowing of the cyclic positive and negative current flow. The positive and negative expressions will be prevented from flowing freely in and out of neutral. This loss of triune balance is expressed as mechanical confusion. Symptoms are a result of mechanical confusion on the mental/emotional, etheric and physical planes. Symptoms are known as the language of nature. Nature in this example being the conscious life currents. The purpose of symptoms is to capture our attention so some resolution might be sought. This is called getting the message that your life currents are stuck. Good Luck.

What Is Core Synchronism? Part Two

Commentary On Cerebrospinal Fluid as Conveyor of Sound and Light