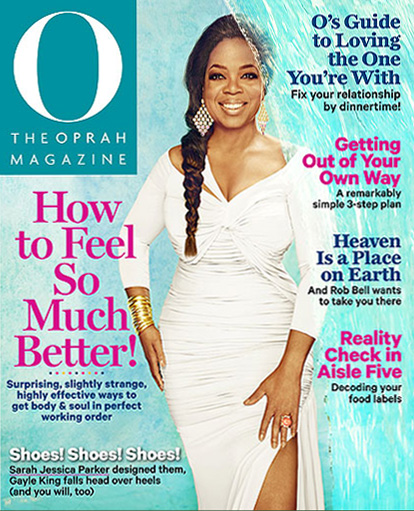 Core Synchronism in the February 14, 2014 issue of O Magazine

The February 14, 2014 issue of O Magazine features an encounter with graduate of NMSNT, Certified Core Synchronism Practitioner and Classical Homeopath, Eva Lipton-Ormand, CHom of Albuquerque. The article, authored by Emily Rapp, is entitled From Darkness to Life. Read the transcript below or view a pdf.

When I learned that I was pregnant last year, I felt joy, and then panic that mounted daily. I struggled to sleep. I was distracted at work. Even when I wasn’t nauseated, food had no appeal. Although an inevitable part of parenting is to be liquefied with terror that some calamity might befall your child, for me, the stress was unrelenting. My pregnancy was closely monitored at a fertility clinic, which somehow made the panic more acute. Was this ache or that twinge normal? I called the nurse multiple times a day. My therapist encouraged me to relax and live in the moment, but this was proving impossible.

I already knew what it was like to lose a child. My son, Ronan, was born with Tay-Sachs disease, a rare neurological disorder with no cure. For two agonizing years after his diagnosis, he slowly regressed into a vegetative state; at age 3, when he could no longer swallow, he died. I’d tried everything to cope with the heartache: meditation, running, yoga, slamming heavy ropes onto the floor. My grief was a full-body experience that i had to work through both psychologically and physically. While some of the techniques had helped a bit, they were no longer giving me relief. How could I parent a new child if I was in a constant state of dread?

In the final weeks of his life, I’d booked Ronan a massage-like treatment called Core Synchronism. The idea is that every bone, muscle, and organ “opens” and “closes” as a core current of cerebrospinal fluid runs clockwise through our bodies. When the current runs freely, these movements are synchronized, reducing emotional and physical pain and distress, says Eva Lipton-Ormand, Ronan’s therapist, who considers herself a “body mechanic”. By manipulating the fluid that moves our bodily structures, she says, Core Synchronism gets all our parts moving together in harmony. Even I, who was willing to try anything, had been skeptical, but after Lipton-Ormand’s visit to our home, Ronan perked up and felt less tense in my arms. Now I wondered if Lipton-Ormand could help me too.

I remained fully clothed on a fold-up massage table while she placed her palms on my head, back, neck, legs, feet and face, holding them for a few seconds or several long minutes until she felt each part “synchronize.” For an hour, I didn’t feel much apart from the soothing warmth of Lipton-Ormand’s hands, but when she was finished, I was calm and strangely vibrant. I became newly aware of my body: the feel of a chair against my back, the hair on my neck. It was as if my internal warning mechanism, after two and a half years of grinding fear, had finally relaxed. I felt warm all over, as if I’d been sleeping in the sun.

I worked up the nerve to ask Lipton-Ormand a question: “What did you feel with Ronan?” Months before, I’d been afraid to know. Now she told me she’d felt his body at peace but shutting down, his spirit winding counterclockwise toward the end, unravelling. “And what do you feel now?” I asked. Her answer: two forces spinning strongly clockwise, mine and my daughter’s, circling toward life.

Commentary on Energy in Matter and the Core Mother Template

Core and the Lymphatic System